Pringles is releasing a new mystery flavour, opening up a competition for Australians to win $10,000.

A campaign is supporting the competition, starting out with a teaser video shared online and followed by clues hinting at what the flavour might be. 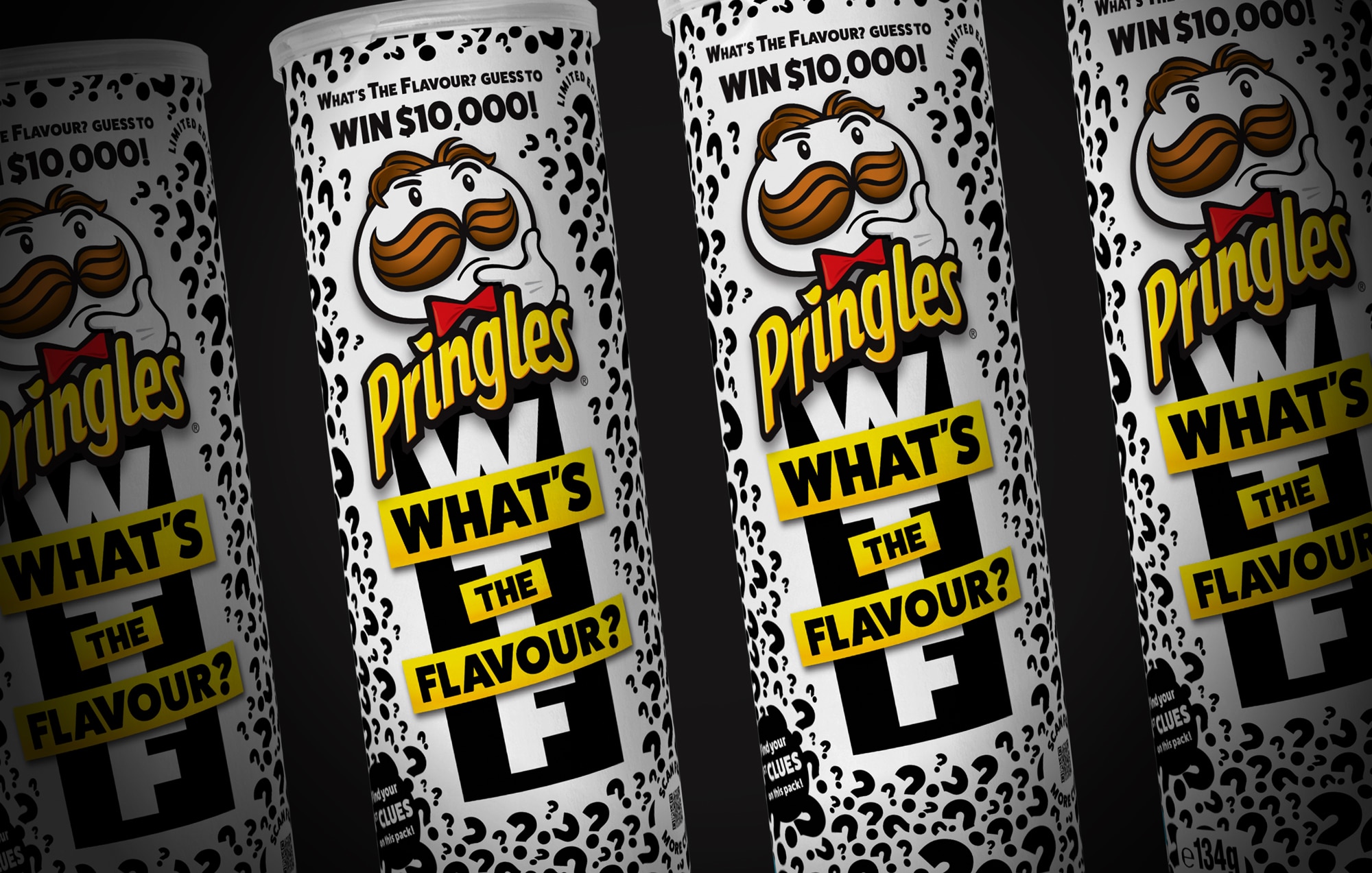 Consumers are charged with guessing the flavour correctly.

Pringles launched a mystery flavour last year, but the latest campaign will be the largest local initiative run by Kellogg’s Singapore and Australia for the chip brand this year.

The campaign is spearheaded by independent agency, Akkommplice, which launched the first locally made campaign for Pringles in April last year for Pringles Minis multipack range. Akkomplice’s ‘WTF?’ Mystery Flavour campaign will be running across several international markets, including Korea and South Africa.

The mystery flavour also sports its own unique Pringles tubes, which are adorned with the phrase ‘WTF: What’s the Flavour?’ and the brand’s mascot, Julius Pringles, pulling a ‘WTF?’ expression.

Kenny Hill, founder of Akkomplice, said: “In setting out to surpass last year’s success, our brief was to create a promotional theme, pack design and digital campaign assets that would really grab attention and maintain engagement.”

Melissa Tan, senior brand manager for Pringles Australia, said: “Kellogg’s challenged Akkomplice to raise the bar with the new Mystery Flavour promotion and we’re delighted with the result. It’s engaging, it’s fun and it will make a great impact in the market.”

The mystery flavour will be available in retailers nationwide.