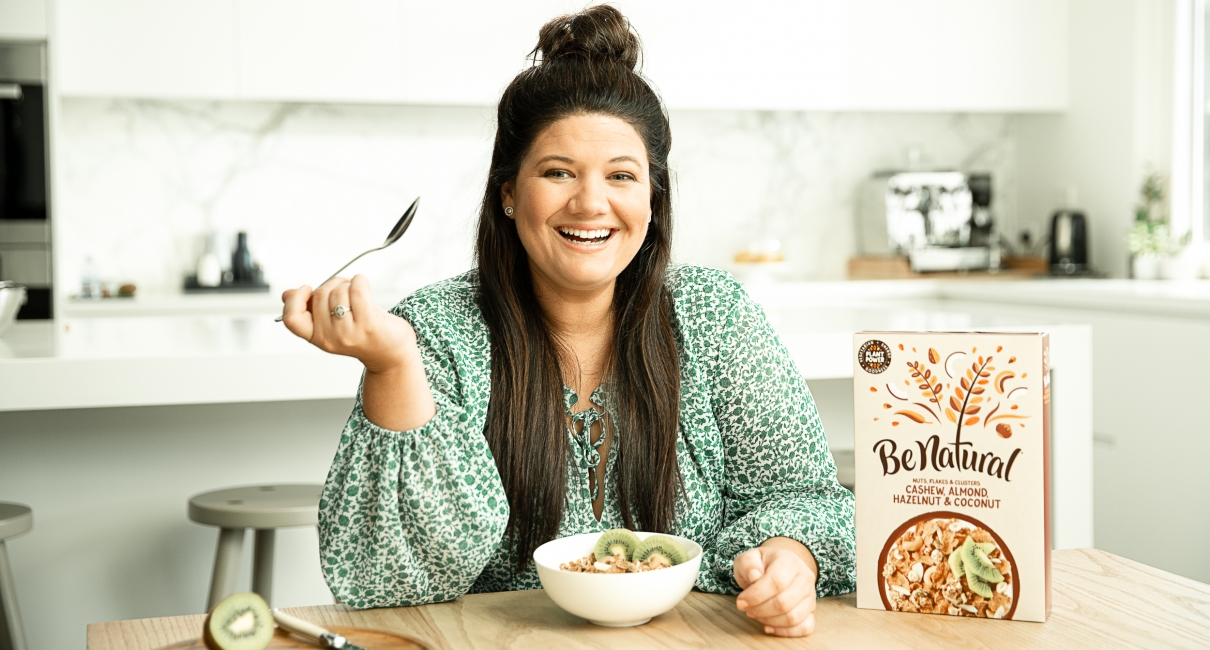 Comedian and radio presenter, Tanya Hennessy, is the face of a new campaign for Be Natural, bringing a unique spin to the traditional cereal-pouring breakfast commercial.

The campaign flips the usual perfect morning breakfast routine on its head with Hennessy delivering a relatable and dead-pan alternative.

In the first ad, Hennessy shows the viewer her morning routine which includes her going back to bed with her bowl of cereal. In the second ad she fails to realise she’s in an ad, instead critiquing herself for being so perfect in the morning.

Kellogg’s Australia senior marketing manager, Dan Bitti, said: “We want to celebrate ‘Be Natural’ as a brand that connects with real Australians and one we can all relate to. The world of ‘natural’ is often portrayed as a picture of purity, pretentiousness and ultimately a lifestyle that can be felt as unattainable for many Australians.

“We were delighted Tanya came on board, bringing her real self to the project and representing what the brand stands for: an uncompromising belief in being real, doing what makes you happy and adding a little bit of everyday goodness along the way.”

The campaign was created by independent creative agency, Akkomplice.

Sara Oteri, Akkomplice creative partner, said: “We were thrilled to be able to bring Tanya in to collaborate on Be Natural. She’s known and loved for embodying a keep-it-real attitude, never takes herself too seriously and is a refreshing change from the seemingly ‘perfect’ celebrity you’d expect for a brand in this space.”

Hennessy has also posted the blooper reel from the shoot to her social media accounts.

The campaign is running on TV and online.

The ads were directed by Mitch Kennedy through the production company The Producers. The music was composed by Ack Kinmonth.

This article was posted on Mumbrella on October, 14.